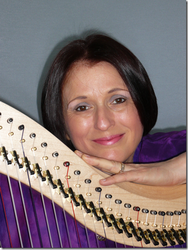 In 1981 I graduated as a Classical Guitarist and in 1984 as a Vocals teacher and Concert singer at the Rotterdam Conservatory. (Singing with Jo Bollekamp).

Since 1987, I have been giving full-time singing lessons in the region of The Hague – Voorburg. Here I work with individual amateur singers. For 20 years I organized and conducted musical performances, classical choirs and many other large and small projects at every musical level.

The last 10 years I have been project leader of A Weekend Masterclass on Vocal and Performance Technique: weekend workshops where famous singers, directors or coaches work with enthusiastic classical singing amateurs. The weekends always have their own theme, depending on the specialties of the various teachers. The Weekend Masterclasses arose from the realization that these types of courses are usually organized only, at least at this level, for music students or young singers who have already graduated. The amateur also deserves acquaintance with special craftsmen, such as Michael Chance, Paul Arden-Griffith and Richard Jackson.