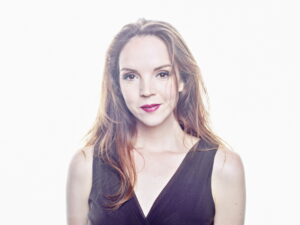 In the master’s program, she focused on the contemporary repertoire for harp and improvisation. In addition, she immersed herself in historical performance practice on single-action pedal harps from the eighteenth century.

Liesbeth won several prizes, including a first prize at the competition of the Netherlands Young Music Talent Foundation. She received lessons from Isabelle Moretti, Germaine Lorenzini, Edward Witsenburg and Godelieve Schrama, among others.

Liesbeth is active as a musician in various music theater and chamber music ensembles. The Oneiros Ensemble, which she founded, played in the small hall of the Concertgebouw in January 2012. With Theatergroep Fien, she tours throughout the country with their youth theatre performances. She also worked with the Noord-Nederlands Toneel, the Eef van Breen Group, Stargaze and Orkater.