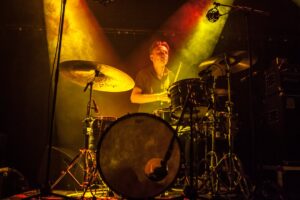 Olivier Lucas started taking drum lessons at the age of 8. From the age of 11 he was part of the band “Fexet”. At the age of 12 he was admitted to the Havo for Music & Dance (Codarts) in Rotterdam where he prepared for the Conservatory.

He gained a lot of playing experience in different bands, recorded several albums and toured all over Europe. After successfully completing the Havo for Music & Dance, Olivier was admitted to the Conservatory of Amsterdam at the age of 17.

The lessons are tailored to the student as personally as possible. From creativity to sound production and from songwriting to technique & reading music. From beginner to advanced and all ages.